The winner of the presidential elections in Mexico Andres Manuel López Obrador said that he will make the fight against corruption the main priority of his work for the coming years.

According to the new president of Mexico, he will pursue both a friend and an enemy in the fight against corruption. He became the first left-wing president since the end of one-party rule in 2000, reports the BBC. 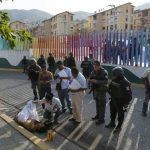 You may also like Mexico private security boom adds to corruption, use of force: study

Speaking to reporters after his victory, Lopez Obrador defined corruption as the “main cause” of inequality and criminal violence, which for many years distorted Mexico, and said that he would spare no one in his desire to eradicate this evil.

“Everything can be punished – comrades, officials, friends and family members. A good judge starts from home, “64-year-old Obrador said.

He also said that corruption is the main cause of inequality in the social and economic sense. The new president promises to fight bribes with legal means, through the courts and without confiscations. 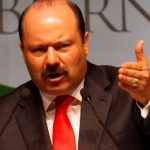 In the heyday of the crime, the new president accused his predecessor Enrique Penny Nieto, saying he intended to pay more attention to the reasons that triggered the growth of crime in the country. The elections became a crushing defeat for the ruling centrist Party of the Institutional Revolutionary or PRI.

The main feature of the campaign was public anger over corruption scandals that destroyed PRI’s trust, along with nationwide discontent with rising levels of violence and years of weak economic growth. 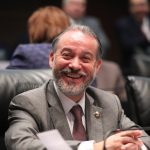