Sarah Netanyahu, wife of Prime Minister Benjamin Netanyahu, is suspected of bribery in the”4000 case”. She officially became a defendant in the case of corruption ties close to the head of government and the owner of the largest Israeli telecommunications company Bezeq (“Bezek”).

According to prosecutors, Benjamin Netanyahu listed benefits of up to 1 billion shekels (about $ 280 million) for Shaul Elovic, a friend of Netanyahu and controlling shareholder of Bezeq. Instead, the alleged Elovich gave Netanyahu a favorable news coverage on the online news site, which he owned. 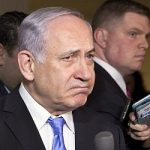 The hearing, held on 30 August in the magistrate’s court of tel Aviv, dealt with the assets of Elovich that have been frozen by the police. Elovic, who claims his innocence, is suspected of fraud, bribery, money laundering, corporate breach of trust and much more.

Police investigator URI KANAR said that Sarah Netanyahu is a suspect in the case, and she was questioned in court on suspicion of bribery. In response to statements made in court, the Netanyahu family issued a statement dismissing the charges. This was the first official statement that the Prime Minister’s wife could be added to the list of suspects.