Tunisia has adopted a law on illicit enrichment
Skip to content

Tunisia had adopted a law on illicit enrichment, which the authorities believed would force high-ranking officials to disclose their assets.

According to Reuters, the law is aimed at high-ranking government officials, judges, Bank employees, representatives of the security forces, journalists and trade Union employees. Violation of the new law may result in heavy fines and imprisonment for up to five years. 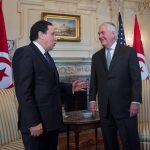 You may also like Interview: Amnesty to Ben Ali-Era Officials Is to Remove ‘Policy Paralysis’, Says Tunisian FM

Corruption was a problem in this country even before the Arab spring in 2011. While many Western countries see Tunisia as a model of democracy in the middle East and North Africa, economic weaknesses continue to threaten transparency and the rule of law in the country. According to anti-corruption portal, GAN, the country has already been transferred under the scope of criminal liability for active and passivised, abuse of office, extortion and conflicts of interest. However, the authorities have not yet been able to significantly curb this practice.

Last year, Tunisian authorities arrested 20 large businessmen on corruption charges, their accounts were frozen and real estate was transferred to the state as part of an investigation against corruption, the scale of which was unprecedented.

According to the anti-corruption Agency in Tunisia, the country is losing billions of dollars each year as a result of widespread corruption in public health, public procurement and security. 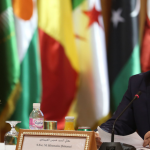 You may also like Interview: Amnesty to Ben Ali-Era Officials Is to Remove ‘Policy Paralysis’, Says Tunisian FM