"I did not give consent to buy diamonds and yachts for state funds," - Ex-Prime Minister of Malaysia
Skip to content

Former Prime Minister of Malaysia, Najib Razak  denies his involvement in the alleged embezzlement of 4.5 billion dollars from the state investment fund 1MDB.

Najib said in an interview that it’s absurd to allow the use of public funds to buy diamonds, real estate, art objects, superyachts. Earlier, the US Department of Justice said that 1MDB funds were used to acquire these things, The Star reports.

“I did not agree to either of these things, I’m not a supporter of all this: 1MDB paid the money in accordance with the joint venture agreements with foreign countries, but after the money was paid, I can not control what they spent” , – said the former prime minister. 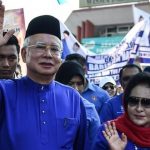 According to him, he had never seen a picture or a yacht, which is mentioned in the charge.

“I have been in the civil service for so long that I can already be recognized as a record holder.If I had the last decisive word in concluding these deals, I would never have approved them.This does not make sense.Why am I, as prime minister, the purchase of yachts and paintings on public funds? This is just madness, “- said the former head of the government of Malaysia.

Najib clarified that after 1MDB encountered problems, the company’s main focus was always on streamlining and negotiating with foreign countries to ensure that Malaysia would not suffer any losses. Recall that at present, an investigation is under way of abuses in the 1MDB fund worth 4.5 billion dollars. The case is connected with the high-ranking functionaries of the former government of Malaysia led by the ex-prime minister himself, who resigned in early May this year after the defeat of the former ruling coalition, the National Front. 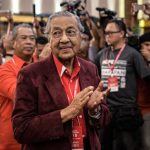 You may also like Ministers in Malaysia are limited in gifts: only flowers and food

Ex-Prime Minister Najib Razak and his family have not been charged yet, but the movement of his family members is limited, they are not allowed to leave the country. The day before, the total amount of valuables seized from Razak was announced. The total value of seized jewelry and items amounted to more than $ 225 million. According to the media, a total of 25 bags of gold, about 12,000 items of jewelry, 567 bags of Hermes, 423 watches, 234 units of sunglasses and cash in 26 currencies were counted. At the moment this is the largest seizure of property in the country in the whole history.