In Gazprombank said that the Bank has nothing to do with the case of corruption in Venezuela in the state energy company PDVSA .

On the eve of Reuters reported on the possible corruption of Gazprombank and the Anglo-French oil company Perenco with the former Director of Finance PDVSA Abraham Ortega. In American court, Ortega admitted to embezzling $17 million in bribes. In addition, he said that he received bribes for $ 5 million from the French oil company and the Russian Bank. 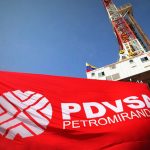 According to the source of the publication, these companies were the French oil company Perenco and Gazprombank.

Following the publication, Gazprombank denied information about any connection between the Bank and / or any group of companies of the Bank with the alleged money laundering in the amount of $ 1.2 billion, as well as alleged cases of corruption in PDVSA. Gazprombank has not received any official statements or notifications from the U.S. justice authorities, the company said in a statement.

According to the us Prosecutor’s office, in exchange for bribes, Ortega helped companies get a “priority status” of borrowed funds for joint oil joint ventures in which they were partners with PDVSA.

In Gazprombank said that the Bank structured the credit financing of capital investments and operating costs of its joint venture Petrozamora with PDVSA in 2013 “on market conditions without any preferences from Venezuela”. 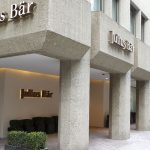 “This structure of financing does not differ from the usual practice of financing by foreign investors,” the statement of Gazprombank says.

In 2013, PDVSA announced that it had signed a deal with Gazprombank for $ 1 billion to Finance Petrozamora’s joint venture.