Brazilian attorney General Raquel Dodge said that as long as Michel Temer is the President of the country, the court can not launch proceedings against the head of state. From the point of view of the chief Brazilian Prosecutor, charges of corruption against Temer can only be brought after the expiration of the presidential mandate.

Raquel Dodge has made a statement, which at the beginning of the week was sent to the highest court in Brazil – the Federal Supreme court. This was due to a report prepared by the Brazilian Federal police on 5 September. The document spoke of evidence that suggests Temer’s corruption, Indian Express reports. 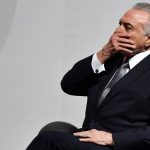 According to investigators, Temer during a dinner in 2014 asked the representatives of the construction company Odebrecht 2.5 million dollars. The money was intended to Finance his election campaign as well as the campaign of the party of the Brazilian democratic movement (PBDD), of which Temer is a representative. In 2014, Temer became Vice President.

The Prosecutor General believes that the case is considering the period during which Temer has not yet held the post of President. According to the current law, the trial against the President can be launched only after his mandate ceases to operate. Moreover, the process can be launched by parliamentarians: this can happen only if the majority of deputies of the lower house of Parliament vote for the trial. Temer had previously received enough votes to avoid a trial, and many MPs said they had voted with the President simply to save the country from political turmoil caused by another presidential removal. 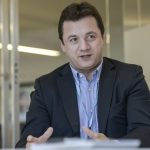 Recall that Temer is a defendant in another criminal case-it is a presidential decree, because of which the principles of port management in Brazil have been simplified. Investigators believe that, by signing this law Temer could act in the interests of the logistics company Rodrimar S. A., for which he received some “assistance”.

Temer himself said in an interview with AP that accusations of corruption against him were the result of his administration’s attempts to reform the country’s pension system.