Three ex-presidents of Peru suspected of corruption
Skip to content

Former Peruvian presidents Alejandro Toledo, Pedro Pablo kucinski and Alan garcía are under suspicion: they are accused of taking bribes from representatives of the Brazilian construction consortium Odebrecht.

In Peru, a criminal case has been initiated against the receipt of bribes from the Odebrecht company. According to the investigation, former presidents Pedro Pablo kucinski, Alan Garcia and Alejandro Toledo took a contribution from the company in exchange for receiving state contracts, according to Sundaily. 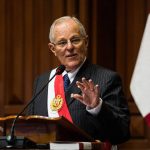 Prosecutor josé Domingo Perez opened a preliminary investigation into money laundering against a high-ranking “Troika”, as well as against three other people who were close to the former presidents.

Prosecutors previously said that they are investigating the case against former President Ollanta Umal for what he took $ 3 million in bribes from Odebrecht. 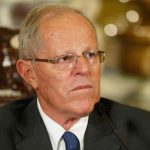 A new investigation is connected with the data received during interrogation of Jorge Barata, the former head of the division of Odebrecht in Peru. According to him, in the period from 2001 to 2016, he transferred millions of dollars to the presidential candidates of Peru. Allegedly in the 2011 election, Odebrecht gave money to four candidates, Barata told the investigation: $ 1.2 million to opposition leader Keiko Fujimori, daughter of former President Alberto Fujimori; $ 700 thousand he gave to Alejandro Toledo; and $ 300 thousand to Pedro Pablo kucinski.

Moreover, the former head of the mission said that the political assistant Luis Alva Castro, who was close to the campaign of Garcia, received more than 200 thousand dollars.

The suspects all claimed innocence, and Alan Garcia even tweeted a post criticizing prosecutors. “This is the sixth time in five years I’ve been investigated,” Garcia wrote.

Earlier, Odebrecht officials said that they paid Toledo $ 2 million for the construction of a highway crossing the Andes and jungles of the Amazon, which connect the Pacific and Atlantic oceans. The highway was opened in 2006.

Peruvian prosecutors are currently trying to arrange for Toledo to be extradited from the United States to face charges of corruption.

Recall, the current President Martin Vizcarra took office in March 2018, replacing the post of the resigned in connection with corruption allegations the end. 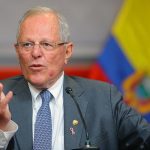