Corruption in North Korea is rising as agents of the Ministry of state security more brazenly demand bribes to look the other way when North Koreans turn to their relatives in South Korea on their mobile phones, North Korean sources told RFA news service.

“Whenever we call our family in the South, we are under the protection of a security agent,” a source in North hamgen province said. “Subscribers have a protective agent next to them to ensure personal safety,” the source added.

“If you send money through a broker who knows these agents, you can talk to relatives in the South without worrying about going broke,” the source said. “Bribes range from 500 to 1000 yuan (US 72 to 145, approx.) Per call, which is quite expensive, and their tyranny worsens as their demands for more money become more and more unfounded.” 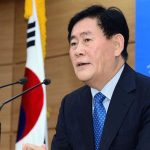 “Everyone knows that they take bribes from residents,”the source said,” but no one can do anything about it.”

“So many people are exploited here, but they think it’s profitable to pay these bribes to be on good terms with security agents.”

Another source, also in North Hamgyong, said, ” a Few days ago I asked my relative, a broker, to call with my daughter in the South, and when I got to the place where he said I would go, I had a really uncomfortable feeling when I found an agent waiting there.”

“I didn’t manage to have the right conversation because he was standing next to me, and when the call was over, I had to pay 700 yuan ($100),” the source explained.

The source further explained that”with the government stepping up the fight against the illegal use of mobile phones, the business is great for brokers.”

However, increasing business does not necessarily mean that the process is simple. The source also explained: “nowadays brokers are reluctant to offer their services to people if they don’t know this person well. I’m curious as to why.

According to the source, using a broker to arrange a meeting with a security officer for an illegal call is a departure from how these types of calls were made in the past.

“Then people just had to bribe the agents if they were caught, and the problem would be solved then and there. But now, if you get caught, you will be immediately taken to the Ministry of state security, ” the source explained.

“Bribing security agents ahead of time through a broker is the only way to avoid overclocking, and that is why people are forced to choose this route.”

Bribery illegal activities is a necessary way of life for government officials in North Korea, reports the website of the Liberty in North Korea (LiNK), long beach, CA and Seoul, non-profit, non-profit organization from South Korea, created with the purpose to help North Korean refugees.

LiNK says there’s currently an explosion of corruption because the regime can no longer provide for people by forcing them to find alternative revenue streams. Since most of them are considered illegal, this only increases the opportunity for officials to extract bribes.

The fact that the officials themselves are also underpaid only exacerbates the situation.

Whenever the government decides to fight certain illegal activities, corrupt officials often have to look for more opportunities to bribe or demand more money from those who caught the activity.

For example, the RFA reported in January 2016 that the North Korean government had issued a decree increasing the punishment for those caught watching “illegal videos.” This has had little effect on reducing illegal activity, as the number of North Koreans watching illegal videos has indeed increased ,

However, according to RFA sources, the decree was successfully filled with the pockets of corrupt officials. 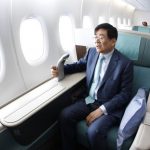