The Spanish guard arrested the Vice-President of the Royal Federation of Spanish football (RFEF), Andreu Subies, along with a group of other suspects in connection with the investigation of the corruption case.

RFEF Vice President Andreu Subies and other suspects were detained after searches in Barcelona at the headquarters of the football Federation of Catalonia, which Subies previously headed, and other cities, reports La Vanguardia. 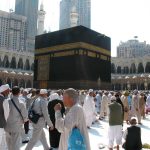 You may also like In Spain, investigating the suspicious supply of weapons to Saudi Arabia

Subies led the Spanish football Federation from 2011 to July 2018, when he resigned with the intention of participating in new projects.

The arrests were carried out in the framework of the operation which has triggered last year’s arrest of then-President of the RFEF ángel maría Villar. The latter was released from prison on bail in the amount of 300 thousand euros.

According to the prosecution, Villar illegally provided financial support to regional federations in exchange for their votes to help him remain President of the RFEF.  His Deputy Subies, according to investigators, helped Villar in this.

The civil guard during the searches arrested at least 10 people, including Villar. The detainees are suspected of stealing €45 million.