Georgia has managed to achieve the best results for itself in the fight against corruption: the country is ahead not only of its neighbors, but also a number of European countries, according to the report on the quality of public administration in the world “Indicators of global governance” -2017, prepared by the World Bank.

In terms of “Effectiveness control of corruption” Georgia received a score of 77.4 out of 100 possible points, which was the country of its historical high in 1996. In terms of anti-corruption effectiveness, Georgia managed to bypass Turkey (its index is 49.5 points), Armenia (32.6), Azerbaijan (17.7), and Russia (17.3). 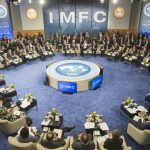 The leader in this indicator was New Zealand, which received the coveted 100 points, and the second line of the rating was taken by Finland (99.04), “bronze” was received by Singapore – 97.6 points.

In terms of “taking into account the views of the population and public accountability” rating Malta fell to the lowest points in a decade. Recall that in October in Malta was killed 53-year-old journalist Daphne Caruana Galizia, which reported the possible involvement of the Prime Minister of Malta to offshore companies.

Georgia has improved its position on the “normative quality”indicator. Georgia earned 81.73% in the account for 100% and took 38th place in the world in 2017.

It should be noted that the methodology of the world Bank uses six main components of the quality of public administration: taking into account the opinion of the population and accountability of public authorities,
political stability and the absence of violence, the effectiveness of the government,
the quality of legislation, the rule of law and the deterrence of corruption (the extent of the use of state power for selfish purposes).

Last year, the world Bank prepared a rating of Doing Business, in which Georgia was in the top 10 countries with the best business climate. First place in the ranking was taken by New Zealand, the second – Singapore, and the third – Denmark. Singapore, which headed the rating until 2015, has been on the second line for two years. The top ten also includes Hong Kong, USA, UK, Sweden, South Korea and Norway.