Former Prime Minister of Croatia Ivo Sanader convicted of military speculation and sentenced to two and a half years in prison, he also justified under the article “abuse of office”.

The district court of Zagreb condemned former Prime Minister Ivo Sanader for military speculation: it is established that he illegally received 3.6 million Kuna (about 485 thousand euros) during negotiations between the Austrian Hypo Bank and the government of Croatia. Negotiations took place during the war from late 1994 to March 1995, when Sanader was Deputy Minister of foreign Affairs, according to Balkanin Sight. 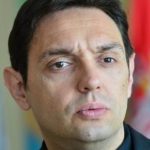 You may also like Serbia’s Prosecutor Dismisses Case Against Minister

He was sentenced to two years and six months in prison, as well as to a fine of 3.6 million Kuna. The time he has spent in custody so far will be counted towards his sentence.

Sanader, who served as Prime Minister of Croatia from December 2003 to July 2009, is also the former leader of the Croatian Democratic community (CDU), which is currently in government.

The Hypo Bank case was previously combined with the ina-MOL case, in which Sanader was found guilty in 2014 for a bribe of € 10 million for the sale of the state-owned energy company INA to the Hungarian oil company MOL.

However, the constitutional court overturned the sentence in 2015, separating the two cases and ordered trials to begin from the beginning. The trial of Sanader in the case of INA-MOL will start later.

The former Prime Minister was initially arrested in Austria in December 2010 while on the run. He was extradited to Croatia in July 2011 and has since been in custody. 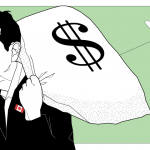 Sanader is also awaiting another trial in the Fimi Media case. He was found guilty in March 2014 by the district of Zagreb of abuse of office and corruption, along with two other officials from the CDU, for illegally obtaining 10.4 million euros of public funds in a private marketing Agency called Fimi Media.

The first verdict in the Fimi Media case, Sanader was sentenced to nine years imprisonment, was repealed in 2015.

Sanader was also convicted last year in accordance with the verdict of the first instance in the so-called “case of Planinsko”, named after the building on the Planinski the streets of Zagreb that belonged to a friend of Sanader and his colleague, Deputy Stepan Filice, and was sold to the government for 80 million Kuna (10 million euros).

In April 2017, Sanader was sentenced to four and a half years in prison, and the Supreme court decision is pending on appeal.