Tesla CEO Elon Musk declined the offer to settle charges of fraud with the Federal government. The Commission on securities and stock exchanges of the USA has addressed in court with the claim against the Mask with a demand to remove him from the Board because of the deception of investors.

After filing a lawsuit with the court, the securities and exchange Commission offered Musk a chance to settle the charges that he had defrauded investors. “He was offered a very attractive settlement option,but he rejected it, and now he’s rolling the dice,” Garrett Nelson, an analyst at CFRA’s investment research firm, told CNBC. 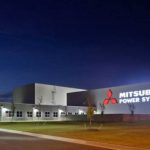 The SEC accuses the Mask that in August he published a number of messages on Twitter, which contained false information about the imminent redemption of the company’s shares. If the SEC wins the battle with Tesla, and the Commission decides to impose the most severe penalty on the company, the Mask itself may be banned from acting as the head or Director of any public company.

Musk himself said that the lawsuit is unfounded. According to him, the Commission’s actions “deeply disappointed” him. He stated that he has always acted “in the best interests of truth, transparency and investors.”

“If the SEC decides to move forward, it’s completely unclear that it will stay with the company at all, given what they’re insisting on,” Nelson said. “And I think it would be a disaster for the future of the company.” 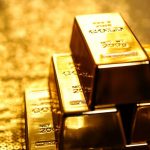 You may also like Kinross Gold Settles Charges Over Anti-Corruption Rules: SEC

“Tesla and the Board of Directors are fully confident in Elon, his honesty and his leadership in the company, which led to the creation of the most successful American car company in more than a century,” Tesla said. “Our focus is on continuing to grow production and supply of Model 3 to our customers, shareholders and employees.”