Superman, Iron Man or spider-Man – no, it’s not just a list of heroes of the next blockbuster, it’s a list of candidates for the Brazilian Congress, as well as regional legislatures.

Two Batman and one Robin are running for the Brazilian chamber of deputies. In the local legislative assemblies are registered as candidates for deputies Superman, Iron man, Captain America and Spider-Man, the newspaper El Mundo. 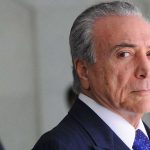 Almost all the candidates who have chosen their images from the marvel or DC universes say that their mission is to cleanse the country of corruption. The work that lies ahead is small. The various white-collar crimes discovered over the past four years only in operation car Wash, which put Lula da Silva in jail, among others, have dispersed the main government parties and left the Brazilians in a state of resentment, disbelief and a desire to vote for anyone who does not smell of traditional politics.

“Amapa’s politicians are all corrupt, people want someone from the street who knows their real problems. My priority is to fight unemployment, ” said spider-Man from Amapa state in Northern Brazil. His real name is, Adailson Santos da Silva, he was 45 years old and he calls himself a “man nights,” known in all the clubs in the city. “The first time I dressed up nine years ago at a Halloween party, I walked up to the bar and threw a spider web at the girls, and it was a success,” he said of himself. Since then, he has worn a suit – he has four different models-in night walks, as well as for good reasons. “I work as a volunteer in hospitals and reception centers for minors. They like that they visit their favorite superhero, they laugh a lot with me, ” spider-Man said.

The Supreme electoral court of Brazil allows candidates, deputies, senators or governors to register under any name unless it is offensive. But whoever is running for President must identify himself as well as his identity card. For a citizen to become a candidate, he must have Brazilian citizenship, fully exercise his political rights, with the electoral domicile of the state he intends to represent, and be associated with a political party six months before the election. 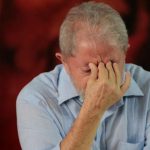 General elections in Brazil will be held on 7 October. If you need a second round in the presidential election, it will be held on October 28. We will remind, the former President Lula da Silva who now serves sentence in prison wanted to take part in elections. However, the Supreme electoral court decided that it could not participate in the electoral race, despite the fact that the majority of the people supported the ex-President.