A Cabinet member of former President Cristina Fernández was sentenced to six years in prison on Wednesday, which is one of the loudest convictions in the fight against corruption that also entailed the capture of Fernández.

Julio de Vido, who served for 12 years as Minister of planning under fernández and her late husband and predecessor Nestor Kirchner, was sentenced to five years and eight months on charges of pumping money from public works projects, indirectly causing a passenger crash in 2012 resulting in 51 deaths and 700 injuries. It is reported by Reuters. 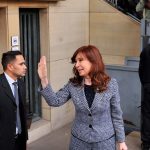 “I am here because of the perverse political, media, and judicial harassment I have been subjected to since December 2015,” de Vido said during His trial, referring to the date when President Mauricio Macri took office.

De Vido is one of the highest-ranking former officials of the Kirschner and Fernandez era, who will be stripped of immunity and prosecuted. Fernandez has been charged with corruption, but she has immunity from arrest as a sitting Senator in the country’s national legislature.

She refused a bribe and challenged investigators to search her home region of Patagonia if they believed she had hidden money.

De Vido is also under investigation for his alleged involvement in a wide network of corruption, in which Fernandez and dozens of former officials allegedly took hundreds of millions of dollars in bribes from construction companies for public works contracts. 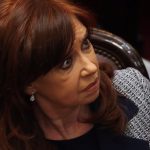 Scandal “notebooks driver” as it is known, surfaced in August after local media received the diaries, stored at the driver of a former government official, which, according to the researchers, the reported bribes from the construction companies, which were delivered to public institutions and private residences Fernandez.