Ex-Vice-Governor of Shandong admitted to corruption for $ 3.7 million
Skip to content

The former Vice-Governor of Shandong province in Eastern China was tried for bribery and embezzlement of state property. We are talking about the amount of 3.7 million dollars.

According to the investigation, in the period from 2003 to 2017, holding various positions, he used his position and powers, which were entrusted to him, in order to receive personal benefits.  In particular, it assisted organizations in commercial cooperation and implemented various projects, Xinhua reports. 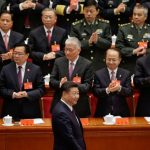 In addition, he is accused of embezzlement of art belonging to the public gallery for a total of 12.24 million yuan. In his last word, JI fully admitted his guilt and expressed remorse for what he had done. The verdict will be announced later.

Jia Xiangji is also accused of embezzling works of art from the public gallery, which at one time was in the area of his responsibility, for a total of 12 million 240 thousand yuan.

In his final statement, JI Xiangji fully admitted his guilt and expressed remorse.

More than 70 people attended the trial, including the JI Xiangqi family, lawmakers, political advisers, the press, and members of the public. The verdict will be announced later. 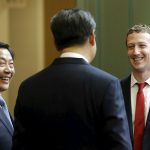