The CPC Central Commission for discipline review reported on the results of its work in July 2018: 5,178 cases were initiated throughout the country. 5 101 officials were punished for violation of the “eight rules” to improve the behavior of officials.

According to the CCP, the most common misdemeanor was the award of an unauthorized benefit or bonus, followed by the provision or acceptance of gifts and the abuse of public transport. According to the anti-corruption Agency, by the end of July, 31 thousand 130 officials were punished for violating the guidelines and 30 thousand 855 cases were initiated, Xinhua reports. 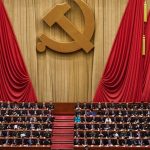 In 2012, China introduced “eight rules” to improve the conduct of officials, including bans on overspending. The CPC Central Commission for discipline inspection regularly publishes data and details on officials, regional and municipal officials, employees of state-owned companies who have violated the “eight rules”. Over the past five years, more than 1.53 million members of the Chinese Communist party at various levels have been punished for violations.

Recall that in March 2018, the national Commission for supervision of the PRC – the Supreme anti-corruption Agency-was formed. His activity is merged with the Central Commission for discipline inspection of the Communist party of China. The national Supervisory Commission was formed at the first session of the 13th national people’s Congress in 2018. This new regulatory body expanded the scope of work of the Central discipline review Commission of the CPC, which previously covered only corruption of members of the Chinese Communist party, managers and managers of state-owned enterprises, as well as public health, scientific research and educational institutions.

The national Supervisory Commission also has extensive investigative powers that reflect those of the Central discipline Commission of the Communist party of China, including the right to obtain and compare evidence from the individuals and organizations concerned, as well as to seize property, documents and data relevant to the alleged misconduct.