A senior official, Liu Wei, head of the state cybersecurity administration until 2016, is now facing trial on corruption charges.

Prosecutors in the Eastern port city of Ningbo in Zhejiang province handed over to the court of people’s representatives of the city indictment against Bay, reports the South China Morning Post.

According to media reports, the Chinese Prosecutor’s office charged him with corruption, in particular, abuse of office and receiving “huge” bribes. For example, Liu is accused of using his position, as well as other government officials, in order to achieve profits for others and illegally obtain “a huge amount of assets”. 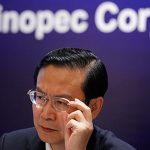 From 2013 to 2016 Lu Wei held the position of Deputy head of the propaganda Department of the CPC Central Committee of PRC and the head of administration of China on issues of cybersecurity. In November last year, the Central Commission for CPC discipline inspection beginning in relation to Lu Wei the appropriate test for suspected “serious violation of party discipline” — a statement in China is usually used for anti-corruption Affairs. In February 2018, he was expelled from the Communist party of China.

The date of the trial has not yet been announced.

Liu was a controversial figure at home and abroad during his tenure as chief Internet censor in the country. In China, he was known as a supporter of hard censorship, which was to control the most influential commentators in social networks, known as “big opponents”.

Abroad, Liu was known as a bright gatekeeper of the Chinese Internet, courting the world’s leading technology leaders, including Facebook co-founder Mark Zuckerberg. His name flashed in the headlines in the United States in 2014 when he visited the California headquarters of Facebook and sat down at Zuckerberg’s place.

In 2015, Time magazine included it “the 100 most influential people in the world”. 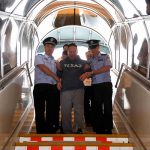