The President of Federation of football of Colombia Ramon Jesurun is suspected of misappropriation and resale of tickets for matches of qualifying tournament of World championship-2018.

The authorities said that the investigation concerns eight of the nine home matches of the national team of Colombia in the qualifying tournament of the world Cup 2018, according to CNN. According to investigators, it was rated and sold 42 thousand 221 ticket. Except Jesurun an investigation against the former head of Federation of football of Colombia, Luis Bedoya, and other officials. 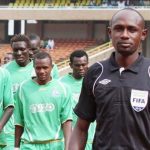 Jesurun was Vice-President of the CONMEBOL (in Spanish CONfederacion sudaMEricana de FutBOL, the South American football Confederation) organization that manages soccer in South America. Sometimes the abbreviation CSF is used. In 2017, he joined various committees in FIFA. Bedoya is in the U.S. on the programme for witness protection after the scandal of corruption in CONMEBOL.

The football Federation of Colombia said that it cooperates with the authorities. 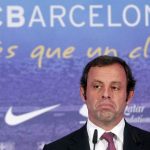