The office of Hungarian Prime Minister Viktor Orban explained: the head of the Cabinet of Ministers flew to football matches on a private plane funded by a friend. By the way, the last one who won a lot of lucrative government tenders.

Accusations of possible corruption in the organization of trips of the Prime Minister to football matches – “slander”, said chief of staff Orban gergeli Goulas. Orban ” has always been present at significant events for Hungarian sports,” Goulas told reporters in Budapest, adding that the trips were made in a personal capacity, not in the status of an official. It is reported by France24. 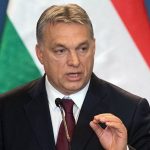 Earlier, the website that deals with investigative journalism, Atlatszo, an OCCRP partner organization in Hungary, reported that Orban used a private jet to watch his favorite team “MOL ViDi” (a Hungarian football club from the city of székesfehérvár) play in Bulgaria, as well as likely to attend the 2018 FIFA world Cup games. The cost of the aircraft Bombardier Global 6000 , registered in Austria, Atlatszo estimated at 53 million euros. The site States that the owner of the aircraft is unknown, but it is usually parked at the airport in Budapest.

Later, the press Secretary Bertalan Havasi Orban said that the Prime Minister was a regular guest of the owner of “PIER View,” and one of the richest men in Hungary istván Garanca. The club is located in the hometown of Prime Minister Székesfehérvár, 60 kilometers southwest of Budapest.

“Not a single Forint of taxpayers’ money is spent on Orban flights, ” said Havasi. Orban’s Cabinet denies all accusations of a” special attitude ” towards Garanca, who is often called an oligarch.

But Orban’s opponents argue that Garanca’s wealth was amassed mainly by winning multi-million dollar government contracts, thanks to his friendship with Orban.

Another news site, Index.Hu suggested that by taking part in the trips, Orban could violate rules that prohibit legislators from accepting gifts that cost more than relatively modest parliamentary salaries.

The opposition political party “Dialogue” stated that it plans to file a complaint to the Prosecutor’s office on suspicion of corruption, as well as to demand a parliamentary investigation of the official Declaration of Orban. 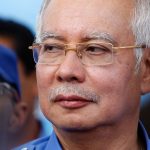 Goulas said on Thursday that the latest accusations were only part of the opposition campaign ahead of the European Parliament elections next may.

In power since 2010, 55-year-old football fan Orban has built dozens of state-funded stadiums across the country, including in the village of Felchut, where he grew up, and even abroad.

On Thursday Orban, who played football for the “Fellout” during his first term from 1998 to 2002, opened a sports Academy worth 9.5 million euros in Beck Topola in the Serbian region of Vojvodina, where many ethnic Hungarians.

Orban’s critics regularly accuse him of squandering public funds on sports to the detriment of other sectors of the economy, such as health and education.