U.S. government agencies announced the launch of a campaign to investigate fraud in the service structures of the National health insurance program in the United States for people aged 65 years and older Medicare, after the revealed massive fraud in the U.S. Hospice Care.

The largest case of fraud was recorded in Florida, where the FBI exposed eight people through a network of pharmacies throughout the four years cheated the government and private insurers for 100 million dollars. 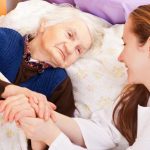 Fraudsters started by bribing health workers to give out “fake” prescriptions for treatment, painkillers or creams, and then generously billed for their patients ‘ insurance. In addition, they simply wrote down medicines for patients with good insurance, and then paid for their insurance.

“In many cases, patients sent back the cream, saying that they never asked for them,” said FBI agent Kurt Mackenzie, who works in the FBI unit in Miami.

The fraudsters pleaded guilty to conspiracy to commit health care fraud. They were sentenced to terms ranging from one year to 15 years in prison.

Another case of fraud that was exposed by the us Department of justice: Post Medical, a company that worked in long-term and rehabilitation hospitals across the country, paid $ 13 million for a number of fraudulent schemes. The company has signed numerous contracts with medical specialists. Although the contracts were related to the administrative functions of the specialists, investigators found that the doctors prescribed the company’s services to patients and resulted in a number of false statements to Medicare.

“The alleged kickbacks and improper relationship with the doctor threatened the impartiality of medical decision – making and the financial integrity of Medicare and Medicaid,” said the special agent in charge of the investigation.

We will remind, earlier the Ministry of health in the United States uncovered a multimillion dollar fraud in hospices. It turned out that in some branches of Hospice Care fraudsters take advantage of a vulnerable group of the population, and subsequently do not provide the promised services. 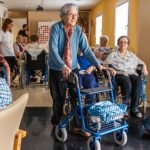