In South Africa, journalists have revealed the link between the murders of politicians and the fight against corruption
Skip to content

In South Africa, there was a wave of murders of politicians from the ruling party of South Africa-the African national Congress, motivated by money and a thirst for political power, this conclusion was made by journalists from the New York Times.

According to the publication, since 2016, 90 politicians have been killed, which is twice as high as the previous 16 years, say researchers from the University of Cape town and the Global initiative to combat transnational crime. Among those killed are politicians investigating various types of corruption, including the study of fraud associated with public housing, corruption in construction, as well as many officials from the ANC. In addition, among the dead – rivals who are fighting for political power. 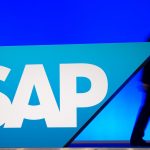 The most pressing problem seems to be the lack of arrests. “Before democracy came to us, it was better because we knew the enemy, the unjust regime was the enemy. And now you don’t know who the enemy is,” said Maleki Ndobe, the mayor of the district where six politicians of the ANC were killed last year.

“If you understand the action of the Cosa Nostra, you not only kill someone, but murder, you also send a strong message”, – the politician told the times Tabuso Zulu, which is currently hidden. “We broke the” code of honor, ” Zulu explained, comparing the party to the mafia.

Officials told the publication that fear of exposing deep-rooted corruption in the party could push this inaction. “These addictions go all the way to the top of the party,” said Mahozi Hoza, a former ANC politician who works for the ORGANIZATION against outa corruption . “That’s why the ANC doesn’t care how many murders there are.”

Recently, the ANC expressed concern about the number of corruption crimes, promising to “eradicate corruption”. However, as reported in the Huffington Post, some South Africans are not surprised by allegations of corruption that cast a shadow on the ruling party. Many have turned to social media to Express their dissatisfaction with the alleged practice of the party.

Recall, former South African President Jacob Zuma, a member of the APK, was forced to leave his post in 2018. Since 2014, he has been charged with corruption of varying severity. 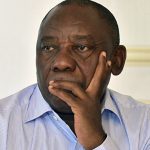