The office for the suppression of major crimes in the UK (SFO) reported that a civil recovery lawsuit was filed in the High court in the case of proceeds from alleged corrupt telecommunications transactions in Uzbekistan involving Karimova and another Uzbek citizen Rustam Madumarov, according to Business Insider.

The Prosecutor General’s office of Uzbekistan last year said that Karimov was in custody after being convicted of embezzlement. Her Swiss lawyer said she was”arbitrarily detained.” 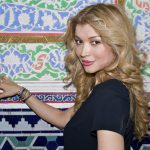 According to the Prosecutor General’s office of Uzbekistan, the Tashkent court in 2015 convicted Gulnara Karimov for 5 years on charges of tax evasion, embezzlement, extortion and other crimes. Then it became known about another criminal case against Karimova-fraud, concealment of foreign currency, violation of customs legislation and legalization of proceeds of crime.

According to investigators, Karimov with the help of accomplices legalized assets worth more than $1.3 billion, €63.5 million, £27.1 million and 18.5 million francs on the territory of 12 foreign countries. It is alleged that in Switzerland there are funds in the amount of $ 777.8 million.

The total amount of damage caused to the state and citizens in two criminal cases against Karimova is 1.27 trillion soums, $ 1.6 billion, €26.1 million.

Representatives of the SFO said in a brief statement that the court session will be specified in the prescribed manner. 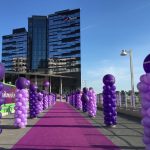 Recall that in Sweden begins a large-scale trial in the case of possible corruption for hundreds of millions of dollars. Under suspicion-top managers of the largest telecommunications company in Sweden Telia Sonera, who allegedly gave the daughter of the late President of Uzbekistan $ 400 million. The Prosecutor’s office believes that in the period from 2007 to 2010, the company Telia Sonera, which is now called Telia Company, gave the daughter of Islam Karimov Gulnara Karimova more than $ 400 million for the fact that Telia Sonera was allowed to work in Uzbekistan